It's only been a little over 3 years since we lost Ronnie Montrose, one of the most driven guitarist's that personally I have ever known. You get to know a person when you hold their music in your hands, and if it's someone you respect and appreciate as an artist it's all the more of an honor. I've never toured as a House Engineer with Ronnie but I've had the pleasure of the house mix on at least 20-30 shows through the years and enjoyed each and every time! 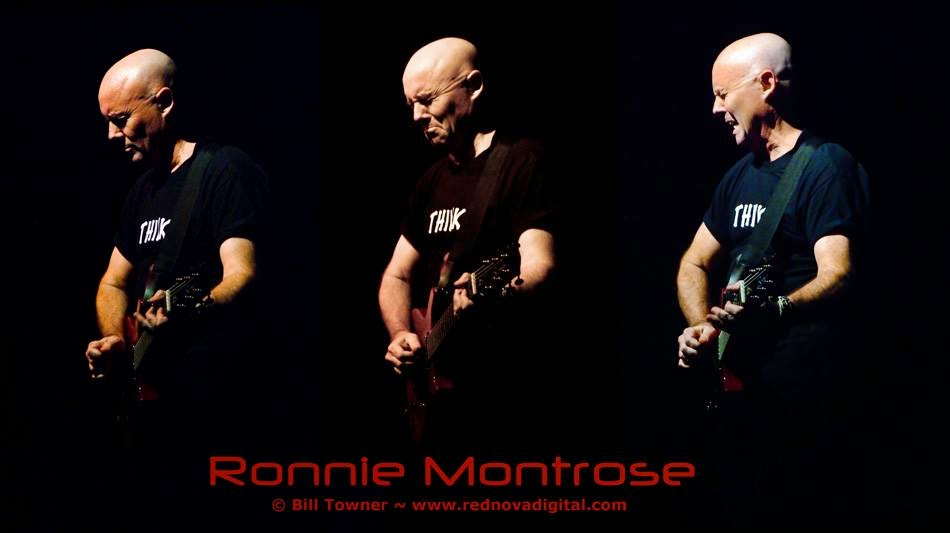 ﻿
My 1st exposure to Ronnie Montrose and his sound wasn't with his bands "Montrose" or "Gamma", it was around 1985 in a small club in Cotati that we affectionately called "The Cotati Cabaret". I was in my period of 1 man band approach to performance and music scoring and computers and sequencers we're starting to be seen on stage as counter-parts and collaborators in extensively more complex technological performances. I was never on staff at "The Cab", but I enjoyed some of my very 1st club mixing experiences there with quite a few local bands and even played there on a few occasions. So when I heard through friends that Ronnie Montrose was booked there with Mitchell Froom as a guitar and keyboard computer sequence driven duo, I made my plans immediately!

I was really looking forward to this show, I had even gone so far to find a spot a head of time where I could get the over all best sound and view. I scoped out a couple road cases side stage and with the thumbs up from one of the club techs I planted myself on one of them, ready for entertaining and educational show. It was quite a large stage set up too, an extensive keyboard synthesizer rig with racks of processing gear, sound modules and drum machines with banks of guitar amps and speakers lining the rear wall of the stage.

I could try to describe to you what this experience was like for me... wide eyed would barely express how I looked and felt as the show began. Ronnie and Mitchell began with a boom and thundered their way through one of the most electrifying and rocking instrumental sets that I had ever heard or seen. They proved to me that night that regardless of the limitations of an all electric band, passionate and intelligent music and performances were not only just a possibility, but the honesty of that pure rock'n roll would prevail.

I was recently reminded of one of our shows with Ronnie at The Mystic Theatre. We weren't necessarily "friends" but for some reason he always felt comfortable with telling me things, I like to think that it was because he felt so comfortable with our shows together through the years, he knew he could trust me with his sound and means a lot when it comes to the details of your day. One time he looked over at me during a sound check and motioned to me. "Do you have a screwdriver? I've got to get these damn Bogner logos off my speaker cabs."... "If they're not going to take of me I'm not going to promote them!" That's one of the things that I enjoyed about working with Ronnie, he was a pretty straight a head guy and always said what he thought. After he pulled those 2 logos off his boxes and handed them to me and said... "Don't let me see those on EBay!"
I've still got them to this day! 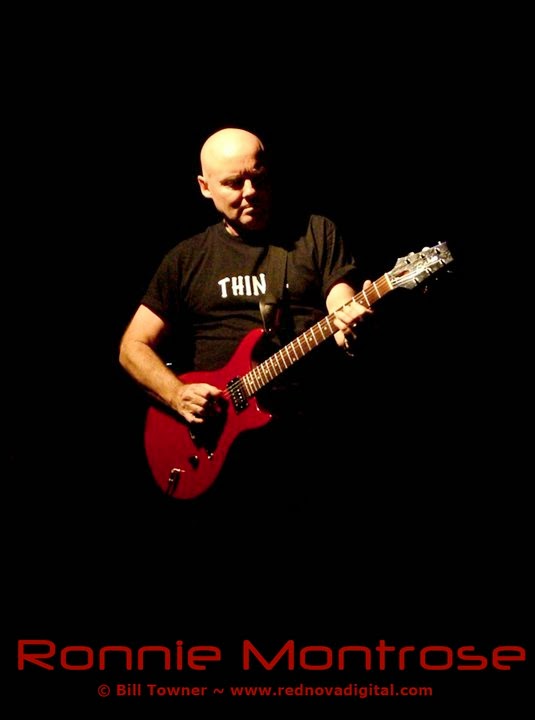 On our last show together in 2012at The Mystic he arrived at load in with a huge smile on his face. Evidently he had just been given "The Green Card" as he put it, on his pancreatic cancer treatments that he had been battling for years. I don't believe that anyone comes back 100% after a round of treatments like that but he looked like he was ready to take on the world or at least that stage tonight. He tore into the set full force and I held on to the knobs on the console like reins on a run away horse, what a thrill! It's one of those shows where at the end of the night the thing that hurts the most is my mouth from smiling to much.

Our last words together were on the way out the door walking up the ramp at the end of the night, "That felt really good man... do you think I over played it?" "not at all Ronnie", I said, "you rocked it!" Thanks for all the shows and the trust in our work together my friend, you were one of my full circles, someone who's music and history I respected and had the honor to hold close to my heart.


Ronnie Montrose was a man who lived life on his own terms and unfortunately after another cancer remission ended it the same way, RIP Brother, our work here together is done.
November 29th 1947 - March 3rd 2012

Posted by The Professor at 6:29 AM