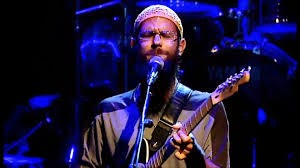 During my tenure as House Engineer at "The Inn of the Beginning" in Cotati CA, I had the pleasure of working with a lot of very bright and creative young musicians that were students at Sonoma State University (SSU). In fact, one of my sales points for improving the clubs sound in general was, as I had said during one of the early business meetings "There are over 7000 kids who live and go to school no more than a mile from this downtown night spot, we should be able to draw a few hundred a night... they all want a home off campus!" As the local bands filtered through I found that there were always a few of the players who were the catalyst of these bands, they were the rhythm section that worked so well together that you could tell that they had been playing together for years!

Although I could go down a long list of which bands that this could describe, I've chosen a band close to my reggae heart... Groundation to point towards the future for other eager and industrious local bands. The band is led by my friend Harrison Stafford, the 1st Instructor of reggae studies at SSU and the rhythm section that I spoke of is Ryan Newman and Paul Spina and when you throw Marcus Urani in on keys into the mix, the foundation of the original Groundation was solid. With a background in jazz and an interest in reggae music it didn't seem long before I realized that I was mixing some very unusual and progressive forms of reggae music. 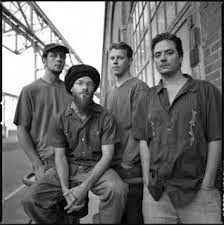 We had some of the 1st "Tribute to Bob Marley" shows at The Inn and it was a time when the band was exploring it's jazz roots and it's fusion into the form of reggae music and even into it's culture. As I made the move over to The Mystic in 2000 so did Groundation and their fans. The yearly "Tributes to Bob Marley" became local legend and a sold out house was almost always a guaranteed. One of the many things that I loved about working with the band was that we had developed a long standing relationship of trust when it came to the live shows. By that I mean I had the freedom to explore the dub reggae side of life again during the shows, the choreography, something that I missed a lot since my Cardiff Reefer rock'n reggae days. I mean, where else can you get a way with putting an arpeggiating barber pole flange on a snare drum while you spin a real time delay on a vocal during a prime time part of a set?

I will say, and in some ways with some regret, that I was offered the position as Tour House Engineer for the band. If it hadn't been so early on in the building of the Mystic Theatre project for me I might have been able to make time for it. With years of touring behind me I knew what it would mean to go back down that path, I remained true to my heart and the old room and stuck home with family and friends. One of the fun things about watching a band like this mature is just that... like me, they're getting older and you see the ones who have stuck to it, because it's who they are and what they do that counts at the end of the day. The tour schedule and international travel is extensive and can take a toll on a band or at least it's members who have families back at home to love and maintain. A band is a family, a family on the move and sometime family members grow and change to accommodate life's changes.

In 2008 Paul Spina left the permanent line-up of Groundation and the rhythm reins were turned over to Te Kenawa Haereiti aka. Rufus on drum  A new rhythm section was born and locked tight to the groove of their designs. The band continues to tour extensively covering boundaries as far as Europe, Japan, Australia, New Zealand and South America and is consistently carrying the message of unity vibe and community throughout the world. 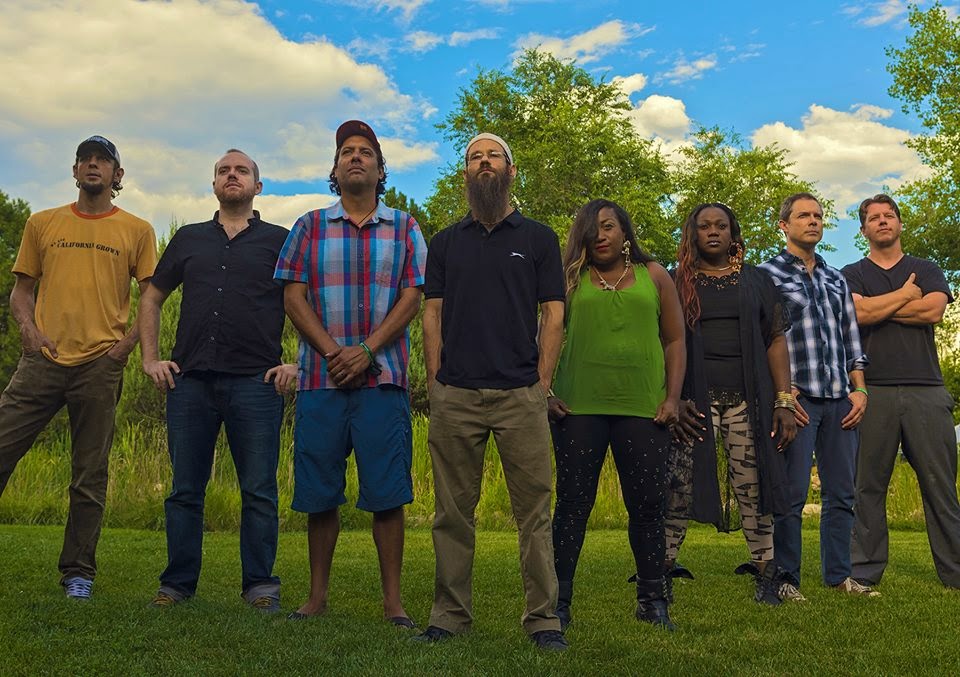 I especially wanted to bring Groundation to the forefront of this blog not only because of our long standing relationship but because I believe that they represent what it takes to make a business out of this thing that so many people just make a hobby. It's not just the music, no matter how amazing, progressive or thought provoking, it's as much the business and the mechanics of that business that brings it all together. Mastering your subject and putting your plan into action.

(for Phil) My mentor Phil Salisbury of Sound Expressions once gave me a great piece of advice to hang on to... "If you don't know what you want in one simple sentence, you really don't know what it is you want!" he also told me that I would never make a good sound man... I was to nice.


These stories are a continuing work in progress, they will be edited until the publication date.

Formed in the fall of 1998 by Harrison Stafford, Marcus Urani, and Ryan Newman, Groundation began on the campus of Sonoma State University's Jazz Program.[1] Between 1999 and 2001, Harrison Stafford taught the first course on the History of Reggae Music at the University.[1] In 1999, Stafford teamed up with Kris Dilbeck to found Young Tree Records and release Groundation's debut album Young Tree.[2] "Groundation" comes from the Rasta term "Grounation". Grounation Day (April 21) is an important Rastafarian holy day, and second after Coronation Day (November 2). It is celebrated in honor of Haile Selassie's 1966 visit to Jamaica.

In 2000 they added to the line up David Chachere, a San Francisco-based jazz trumpeter, and Kelsey Howard, a North Bay trombone player.[1] Saxophonist Jason Robinson was a member of the band for a time, and has since gone on to become the head of the jazz program at UC San Diego. Drummer Paul Spina (Les Claypool, Will Bernard's Mother Bug) has been with the group since taking over for James Stafford in December 2001; he left the group in summer 2008. Kim Pommell and Kerry Ann Morgan (both graduates of Kingston's Ashe performing arts school) joined in 2006, and are featured lead vocalists on Groundation's 2009 release Here I Am. In 2012, vocalist Jhamiela Smith joined the group, daughter of legendary reggae guitarist Earl "Chinna" Smith, to sing chorus along with Kim Pommell. They are current chorus vocalists for Groundation.

The band use analog instruments and recording equipment rather than digital, with Stafford explaining "No digital, we don't work with synthesisers. Just like in the 1970s we stick to that format."[1]