This first appeared in the book "Alt-Rock-A-Rama" circa 90's
Hi! I'm Country Dick Montana and I get paid to act like I'm eleven! I just finished a six-week tour of Canada and the Midwest and I can't wait to get back out there in those un-air-conditioned vans full of hung-over Beat Farmers filling the air with involuntary responses to the outrageously violent ride (bad roads, worse shocks) while constantly arguing about some music you hate that's distorting the crappy little speakers that cut out on every bump after zero sleep 'cause we had to leave real early to be interviewed on the radio by some dickhead that got stuck covering for the one guy who's ever heard of us who split 'cause his dog was havin' puppies and he's got the only copy of our product that anyone's ever seen so we climb back in the van and Joey snaps the base of the passenger seat in half which inspires a cry of "I told you that would happen, you fuck!" and most of my fresh whopper to miss most of his face and splatter 'cross the driver's side of the van Jerry washed just this morning as we head down to the border to enjoy our four-hour momentum break while the bastards rifle through every square inch a few more times than they need to make us miss the sound-check for where we star tonight as the only "non-local heavy metal" band but Rolle, seeking more distinction, takes so much Valium he can't remember pushin' me into the black hole at the side of the stage where they were on the other side but luckily the corner of the monitor board stepped in to break my fall and crack a rib which I knew bummed out my kidneys 'cause they were workin' the first two weeks of this tour but had finished passin' the stone two days before I met this rib that just 'bout cried thinkin' of how much fun they all coulda had workin' me together in that van...Ahh...But enough about me...Let's get you packed!

Crack open a beer. Grab that suitcase and listen up, 'cause this is important: always assume that whatever you take you out there will be lost, broken, or stolen. So leave all your precious items buried in the yard (and don't forget where). All right, toss all your medical supplies, vitamins, lotions, sprays-whatever's in the bathroom-into a suitcase. Be sure to include every single pain killer you can get yer hands on! Don't ask-take! Trust me, it's worth the bitching out.

You will also need:

1 million cassettes and CDs (124,712 for misplacing; 91,039 for givin' away; 380,000 for thieves; 250,000 for breakage; 197,457 for throwin' out windows; 4 for playin'; rest for layin' 'round the floor)
All your clothes
1 cheap camera that your roommate probably won't even miss
2 rolls of duct tape
Most of a roll of somebody's stamps
1 rabbit's foot, 1 mojo bag, and 1 suitcase full of good luck candles
2 comfortable shoes
Everybody's sedatives
A copy of the "Beat Farmers' Bowl Report" - a detailed rating of North American rest rooms in categories ranging from acoustics to seat condition and water temperature. It'll become your best friend.
1 Swiss army knife
4 skin mags
An ice chest
2 pairs of sunglasses, 1 to hunt around for several times a day and 1 to replace the ones that just blew off when ya stuck yer dumb head out the van window
1 "Do not disturb" sign
5 international symbols for radioactivity
A condom
Some Super Glue and an extra large, all-purpose rock-solid alibi.
Bonus tip-if you're flying, pack a load of liquor into your carry-on before arriving at the airport!
Do:

Random advice:
Dealing with your accommodations: Always demand a room on the top floor, and quickly establish yourself as the biggest problem in the joint (minor and even major problems mean nuthing to a total disaster!). If you are not the biggest problem on the premises, then you're probably up against a preexisting condition of considerable nastiness.
It is wrong to purposely damage your room or anything in it. However, if management and staff are evil, or you realize that your room sits above violated burial grounds, then what you need is a project of untraceable origin to keep your mind clear of "bad things." (Note: Do not try this at home!)

March to the market and pick up a zip-lock baggie and one whole, uncleaned fresh fish. Now, return to your room and place your uncleaned and securely zip-locked tight aquatic bomb behind the grill of the Time-Release Natural Disaster Storage Unit (a.k.a. the Heater Vent). Mother Nature will take over from here, as she proves that although Fishy may be quite dead, he's still not quite done!. And sure enough, after a feverish week or so of super-natural gas-accelerated frenzy, the highly pressurized action becomes uncontainable in a dramatically explosive manner so sensorialy devastating that even evil gets the hell out!

Of course, you'll be long gone by that time, or at least you'd better be! It's checkout time, so haul ass!! 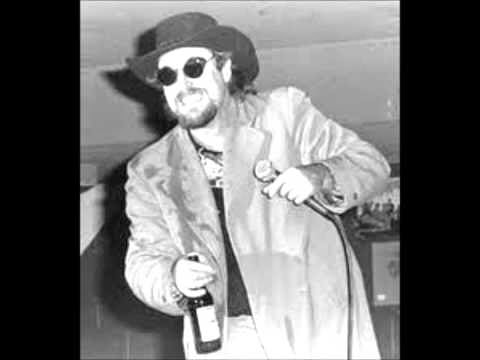 Posted by The Professor at 9:15 AM