My introduction to the world of live acoustic music began at McCabe’s Guitar Shop in Santa Monica when my father took me to see Doc Watson.  I was just eight years old.  By the age of 16, I was part of the music scene there, making connections, helping to lay the groundwork for a musical career that now spans five decades. 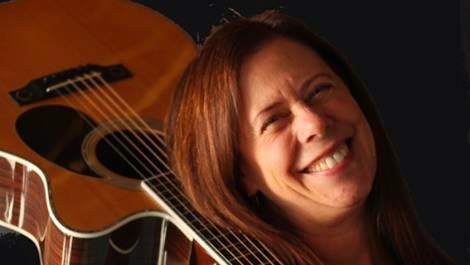 In 1973 I relocated to Sonoma County where I was a solo artist.  I also formed duets with other musicians, and created bluegrass, folk, and country bands.  During this time, I found I was acquiring a large following of fans.  At the same time, I forged professional connections with major players in Northern California, such as Pee Wee Ellis, who played saxophone on “Every Heart,” a song he heard me write, helping to turn a country song into a pop/crossover song.

In 1980, I was approached by a band called "California," a progressive country band, which had its own brand of original "blue jean" music.  I stayed with them as we grew in popularity, successfully toured Northern California, and recorded together.  My friend Fred Catero (CBS and Columbia Records) mixed all of our recordings, helping us to get just the right sound, a sound that captured the attention of BMI in Nashville.  Bruce Crosby, the main songwriter and I were writing together and engaged at the time.  In 1986 our artist manager Phil Gram of BMI, asked us to move to Nashville.  Just as we were winding down the band here, and were packing up to relocate, tragically, Bruce was stricken with leukemia.  Sadly, he passed away before we could realize our dreams together.  It had a profound influence on the direction of my music.

Devoting myself to the healing powers of music for the next eighteen years, I became a part of peoples' lives by providing spiritual music for important events such as weddings, births, and other celebrations of life; co-officiating with Buddhist senseis, Rabbis, Catholic priests, ministers of all ilk, and officiated on my own at many "life-cycle events."

In the summer of 2009 while recording for my first time in over two decades at Robert Lunceford's studio in Sebastopol, he asked me to accompany him on guitar for some of his French-flavored, original compositions.  I fell in love with this new-to-me style, and in early 2010 we formed the trio "Un Deux Trois" with bass guitarist Josh Fossgreen.  In June of 2013, when Josh moved to L.A. to pursue his music career, Jan Martinelli joined the group, adding her own flavor to the "Un Deux Trois" sound, a sound we call "French Music with a Twist."

I noticed that I have written the word "helping" in the first three paragraphs.  This is significant.  Without help, without each other, not one of us would be where we are today.  I am so grateful to everyone who has helped me along the way.

I sign off with the name of my current solo album, "From Lisa Iskin With Love."
Posted by The Professor at 7:28 PM