When an artist comes to town to play your venue you want to make them as safe and comfortable as possible... The Artist or their representatives include contract riders that go to great lengths to assure that they get just what they need to put on their show or in this one case survive it!

It was the early 90's and San Diego CA. based Mojo Nixon (Neil Kirby McMillan Jr.) had just released a new song called "Don Henley Must Die". If you are not familiar with the works of Mojo Nixon you don't have to go much further than genera's like Rockabilly or Psychobilly to get his point across, decidedly lo-tech and a little rough around the edges in his lyrical writings. It could be said that Mojo was part story teller and part philosopher and that he led a continued assault on pop culture.
The advance sheets came out and I saw that Mojo Nixon's name was on the KAFE's upcoming acts list. I knew of  Mojo through his work with another San Diego based band "The Beat Farmers" and I loved his... Debbie Gibson Is Pregnant with My Two-Headed Love Child, "Tie My Pecker To My Leg," and the controversial "Bring Me the Head of David Geffen," 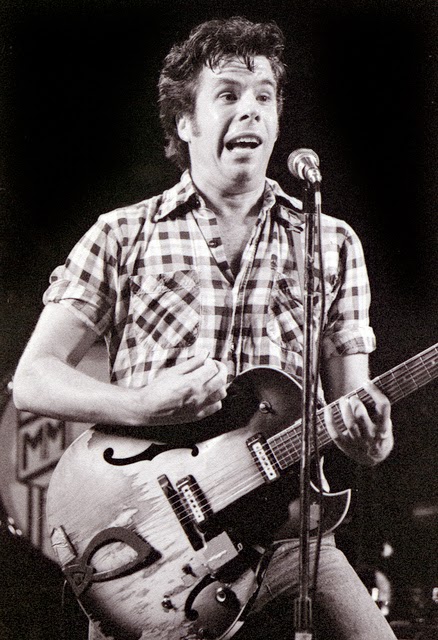 ﻿
I was really looking forward to staging this solo acoustic show, that was until I read the small print in the security clause of the contract that read "Due to personal death threats made to the life of Mr. Nixon a private security company has been hired to assure Mr. Nixon of his safety through the entire show." It seems that his "Don Henley Must Die" song had created quite a stir out there with some emotional fans of Don Henley's and extra precautions needed to be applied to keep him safe at all times. Heads up I thought, I was hoping for a great night of solo acoustic music and now we had a security team to deal with.

Our load-in time came around and Mojo arrived by himself and set up very quickly. I remember going through our sound check together thinking... where's this security team, the safety factor... or am I it right now! He seemed to be a really nice guy and we chatted a little about our San Diego connections and rapped it up pretty quick. Before he took off for dinner I had a chance to ask him about his additional security requests, "Don't worry about that, you'll recognize him at least 5'4 and in uniform... we'll take care of that at door time", he said and took off to eat.

I recall setting up the support act and having them play from roughly 8pm to 8:45, but still no site of any security team for Mojo. It wasn't long before the opener finished their set and I was prepping the stage for Mojo's set when I turned around and was met with "the" security team... He was maybe 5'4" but in both directions, height and width and wearing a security officer suit and cap. It was all I could do not to burst out laughing but I wasn't sure if he was for real or not yet. He introduced himself to me and said that he required very little other than a place to stand near Mojo Nixon. I directed him to a standing place on the corner of the stage near the front door so he could keep an eye on everyone as they entered. It wasn't more than another 5 minutes before Mojo came out to start his set. Before he began he took a moment to introduce his security counterpart and explain the possible risks involved at being at one of his shows... The set began and as Mojo went through his material the security guard eyed every single person in the room all night long with one hand oh his holster, just in case.

To this day I'm not really sure if there were legitimate threats against Mojo's life or if it was one of the best PR hypes I'd ever seen! Either way it was hilarious from the beginning to end and nobody got hurt!

Lyrics to Don Henley Must Die by Mojo Nixon

He's a tortured artist
Used to be in the Eagles
Now he whines
Like a wounded beagle
Poet of despair!
Pumped up with hot air!
He's serious, pretentious
And I just don't care
Don Henley must die!
Don't let him get back together
With Glenn Frey!
Don Henley must die!

Quit playin' that crap
You're out of the band

I'm only kidding
Can't you tell?
I love his sensitive music
Idiot poetry, swell
You and your kind
Are killing rock and roll
It's not because you are O L D
It's cause you ain't got no soul!
Don't be afraid of fun
Loosen up your ponytail!
Be wild, young, free and dumb
Get your head out of your tail
Don Henley must die!
Don't let him get back together
With Glenn Frey!


These stories consist of rough drafts that will be proof read and finalized
before being included in "Another Day Another Decibel"
www.ViralMediaArt.com
Posted by The Professor at 9:49 PM