THE CARDIFF REEFERS - My Best Near Death Story

We drove our over loaded gear truck from Sonoma County Ca. to a Mono Lake ski resort for a big out door concert with the band X and a few other rock acts. Matt Hale (center top) and I had decided to take the shortest of routes for us which meant traveling over the Sierra's on Highway 50 rather than take the more direct yet longer Hwy 89 to Mammoth over the pass. We had the weather on our side as we made our way up the mountain and as we enjoyed the view, all seemed perfect. 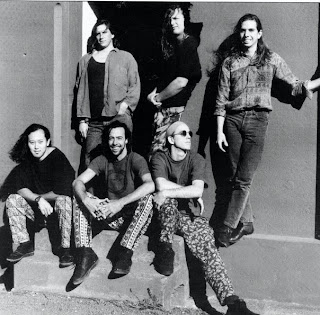 Once we had gone over the pass and made our way done the other side of this 1 lane windy Highway we began to notice the smell of breaks and grew concerned. At first we thought that it was the vehicles ahead of us but later found out at wasn't the case. It was that moment in time where I realized that my worst fears and I had little options to change anything! I had already been coasting downhill in 1st gear for quite a few miles and using my pedal breaks as little as possible, but at some point it wasn't enough and as Matt, holding his guitar in his lap, looked at each other... as I pulled for the emergency break, which unfortunately had not been repaired after the last few tours... he says to me "Should I jump with my guitar"? I think we laughed nervously but the fact remained that we were quickly loosing control and gaining speed as we now cut a crossed lanes and waved on coming cars to get out of our way. It didn't look good for a few minutes and as you looked over the side of the 1 lane highway you realize how little space there is at 30 miles an hour when you need every inch.

Just like in some movie ending to a run away drama we cut up the side of the hillside along the road and began to slow ourselves down, I dragged the wheels in the dirt and dodged the trees but finally brought the truck to a stop next to a creek bed. One of the cars that had been following us stopped to check and see if we were all right, we asked him how much further that we had to go to get to the bottom of the downhill grade... "you're there" he said. 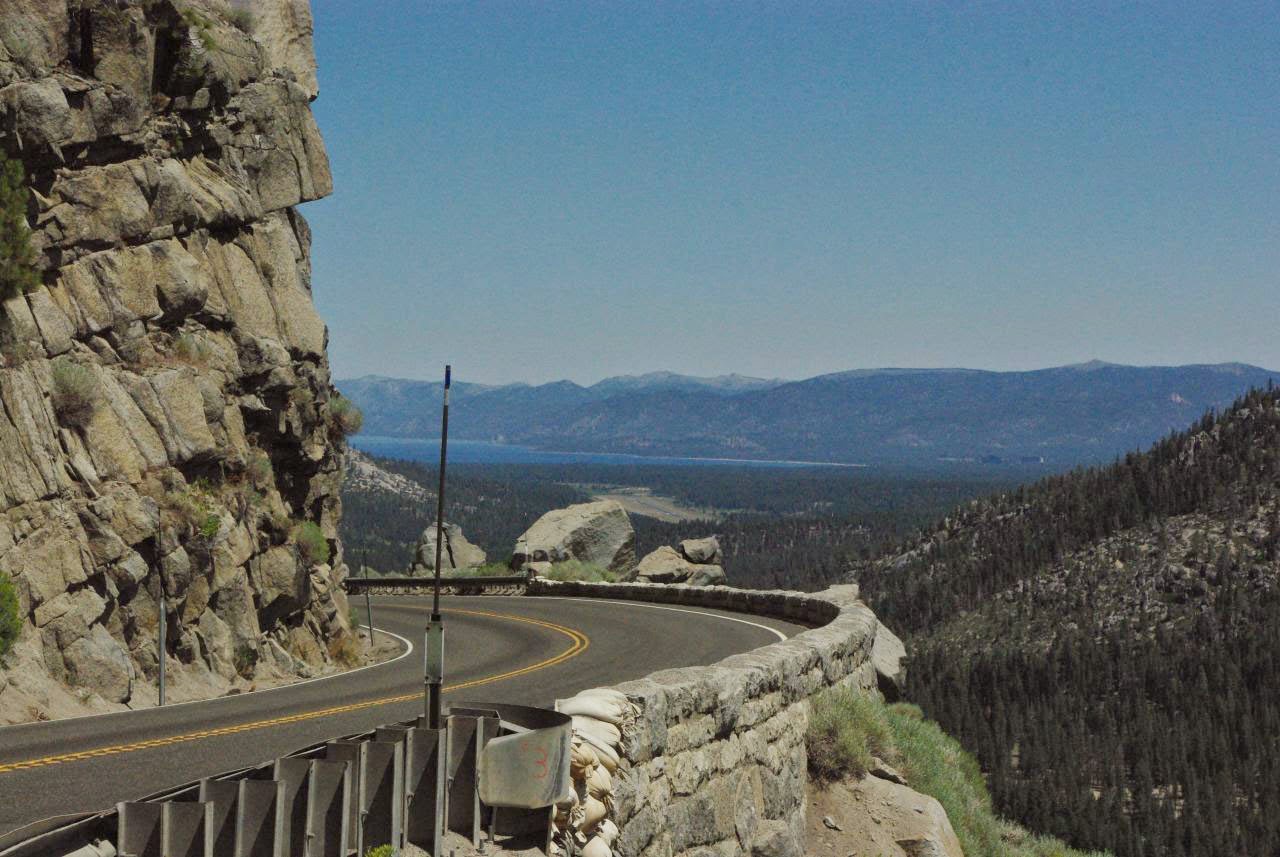 Mat and I sat for 10 or 15 minutes collecting our thoughts, thankful for our survival and hoping that we could still make it to the concert load in which wasn't that far off. We decided to roll the dice again, through some water from the creek on our breaks and continue on. The rest of the day seemed almost effortless, I realized that nothing that I could possibly come up in my day was going to be anything close to what I had just lived through. Let it be said that Mat's offer to jump and save his guitar was quite admirable and I've never doubted his motivations for a moment. It's the real reason that when I'm with my family I drive every where we go... It's another control issue.

These stories consist of rough drafts that will be proof read and finalized
before being included in "Another Day Another Decibel"
www.ViralMediaArt.com
Posted by The Professor at 11:08 AM