THE SOUND SOURCE - Being Ichiban

One morning in my studio (The Sound Source 1985) I had a call come in from the stores sales floor that there were 2 Japanese sales representatives from the Yamaha Corporation here and they would like to talk with me about their products. The reason I even mention this short moment in my day is because it was on that day that I had chosen to wear my Japanese "Ichiban symbol shirt" as you can imagine when the two reps walked in and saw me wearing this shirt all i could hear from them was Ahhh Ohhh... In Japanese Ichiban means #1... we have most certainly come to the right man!


It's all about being in the right place at the right time! 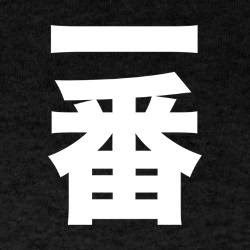 At The Sound Source It was the use of the new keyboard technologies that allowed me to take on some really interesting projects. I created a nice little niche for myself by helping local musicians who were buying these new keyboard work stations and helping them expand and record their songs and compositions for performances and for CD masters. My wife at the time Claire, had taken on the public relations aspects of the business and played a vital part oin the promotions on our small team.

I had also taken on a new Engineer partner by the name of  Dave Armijo who brought to the table two Fostex G16's mulitrack 1/2 tape recorders. We locked the two G16's together through SMPTE (industry standard sync code) and MIDI (musical instrument digital interface) interfaces to my Apple Mac + running Performer's Mark of The Unicorn sequencing software and we were off and running in a brave new digital world. Since I was in charge of the keyboard department at Stanroys I had access to all of their keyboards and samplers, I had even run a long MIDI cable and an audio snake from the sales floor downstairs to my studio upstairs to better facilitate all of the banks of sounds and samples that were available to me. Those syncing and sound technologies combined with with some of the very latest synthesizers and samplers were for me, the proper tools for the proper results... a digital master. 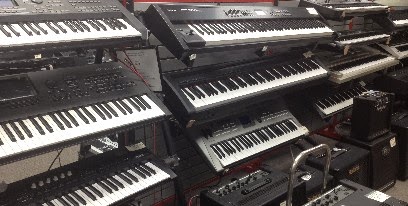 As far as I can tell in 1985 The Sound Source was the only studio in Northern California offering a client service based digital format. This was still the era of the classic Otari 2" tape multi-track recorder with razor blade editing while you crossed your fingers and the audio police who dispelled the benefits of digitizing sound for true recording purposes. I sold my studio as a "digital production facility" to draw a line in the sand. I achieved that result by using Sony's 1st analog to digital converters, these convertors allowed me to put the sessions that were compiled on the two G16's with the synced Mac+ and the banks of keys in the studio and on the sales floor directly to a RAMSA console and digitally onto a Sony 8mm tape master. The costs of running my studio were a lot lower than other than the full audio giants like The Record Plant in Sausalito or even our local Prairie Sun, tape costs for one were less than a 1/3rd of the cost of 2" reels and I could record over and over with those 1&0's and never have any audio loss. In other words I could work cheep!

Posted by The Professor at 7:39 PM