THE INN OF THE BEGINNING - "The Feuds Hay Party"

1997-2000: During my tenure as House Engineer at the historic Inn of the Beginning in Cotati California, I had the pleasure of working with a lot of great up and coming artist's and bands, probably to many even to count... The Inn was a small club, about 250 when slammed wall to wall, which was all to common in a small college town with 3000 Sonoma State University students right up the street. With 4 to 5 shows a week, I used to say it was like having concerts in my living room every night!

I was pulled into this new gig after The Cardiff Reefers hung up their touring shoes and I returned home from a 3 week on and 1 week off schedule that had lasted me for about 3 years. I was more than glad to get off the road and back into the Engineer chair for a change, and the chance once again to build a new sound system in a very historic location. The suggestion had come once again from my friend Bill Bowker, he had heard that The Inn was going to reopen and in need of some sound and lighting help. I met with new owners Bill & Lisa and It didn't take long for me to slip in there with a JBL rental system and a 24 channel SoundTracs console from my main supplier and mentor Phil Salisbury of Santa Rosa based Sound Expressions.

For a short period in time, and what I regard as the last hey day of The Inn, The owners spread the wealth around town and danced on the bar... Chris Marvin was the un-official Mayor of Cotati and I got to book and engineer some of my favorite bands. Some were local acts like The Feud and Cannonball, Bay area acts like MIRV and The Mermen. Others were regional and national touring bands like Fishbone, Zuba from Colorado, The Motherhips who stole our hearts and The Gluey Brothers who we pelted with donuts on stage every time they came to town. 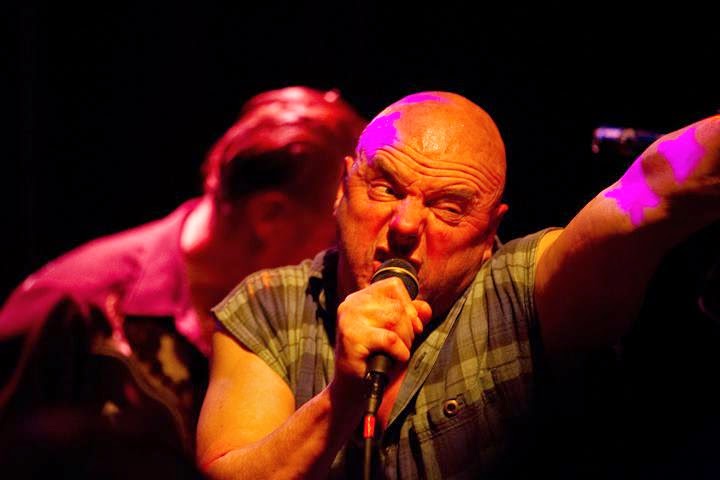 
Like a lot of local bands that I've worked with through the years I've had a work related love affair with my Alt Cow Punk pals, The Feud. Paul Riley, Dane Osborn, Steve Joiner and Chris Bradley.
We have logged a lot of show hours together through the years at Magnolias, The KAFE, The Inn and The Mystic Theatre . They're a band who can definitely hold their own in the company of some of the finest tour bands that hit our town, with the energy to match. It was largely because of our time spent together that they gave me some creative leeway when I asked them to let me throw the band a "Hay Party" at The Inn of the Beginning.

Posters wear made and the band "Crop Duster" was selected to open for the night, a great combination of down home alt country fun and beer! I placed a nice green bale of Alfalfa center stage and left instructions for Paul Riley the lead singer and bald guy to cut the bale open at the appropriate time during the set. I saw it as the perfect metaphor, a tight crowd at The Inn that needed to loosen up... cut that bale! It wasn't to far into The Feuds set when Paul lurched forward and pulled out a big pair of wire cutters to set the bale free. As the band carried on some ruckus song, Paul cut the wires around the bale and the let it fly! Almost immediately the dance floor and the room filled with the flying alfalfa as the audience grabbed handfuls and kicked that bale up and down the dance floor. From the front of house position all I could see was Paul carrying on with some lyrical antics as Dane and Chris fought to find their foot pedals and Chris completely disappeared behind the drums all together. 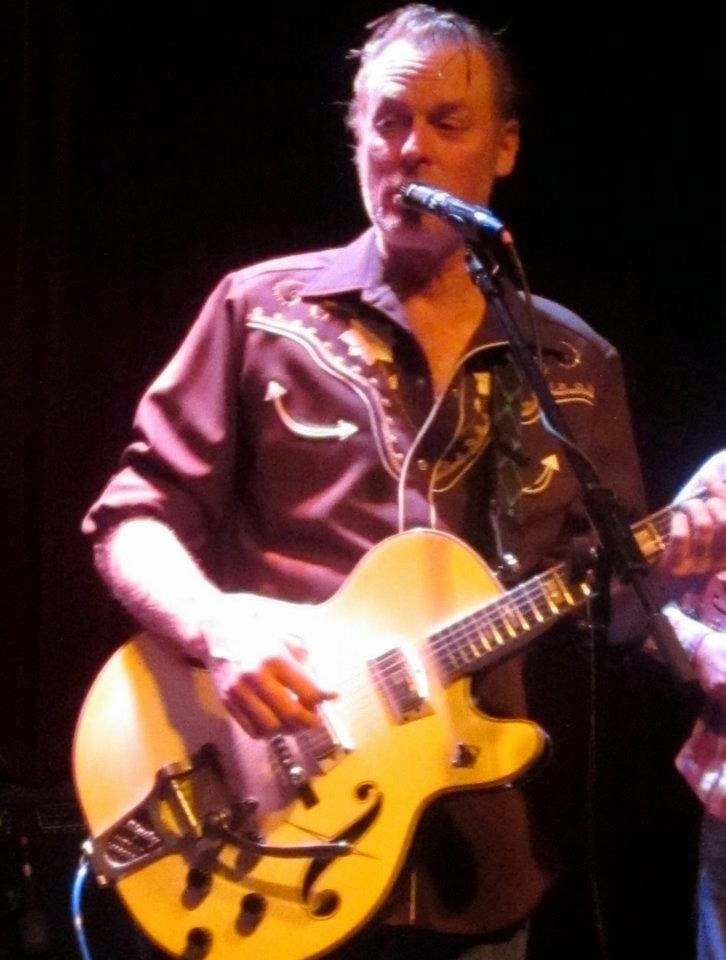 The audience loved it! It had all the feeling of a barn dance. A huge layer of alfalfa covered the entire club floor and also floated in the air, it was an amazing effect, our only concern was fire! Fortunately nothing like that ever happened and it seemed that the possibility of anything catching on fire was remote because of all the beer that had been thrown around! The band played a great tear down the house set despite the alfalfa-tectonics and the audience although some with a few bumps and bruises had just as much fun as I did watching this cowpunk extravaganza "The Hay Party."


This story wraps up nicely because it creates a win-win situation for all concerned... reciprocity!
It seems with all of the dancing on the hay on the hard wood floor, the oils in the hay gave the floors a really nice buffing. After we swept up all of the alfalfa we carted it off to the state park. It's not a bad show $ overhead when you get an effect like this for the entire evening, clean and polish the clubs floors and feed a herd of deer at the State Park, all for the grand cost of $12!