Movie Syncs like "The Dark Side of Oz" or "Jupiter and Beyond The Infinite Echoes" spread out over along period of time, hopefully maintaining the sense of  continuity throughout the piece which ads to the overall synchronistic effect. The Video Sync however is based on much smaller increments of time and in most cases the control over those smaller increments of time and space is necessary to make the greater whole appear more co-incidental. It's a magic trick! 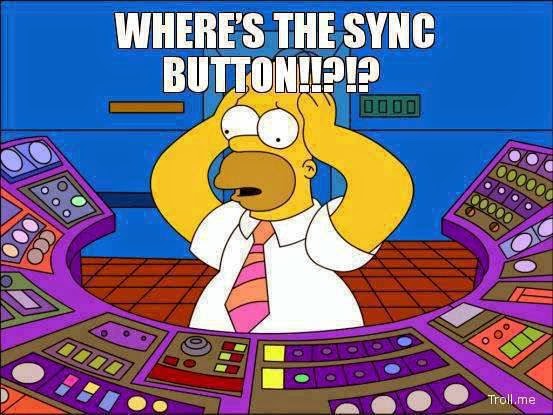 Here's an example that I've used for years to try and explain my creative process and it's from my 1st video sync "Dancing In The Rain" staring Gene Kelly doing one of his signature pieces. I found what I call a "1 Drop Sync" in other words, like "The Dark Side of Oz" it has only one start point and runs the continuous length of the piece. It's all about finding the right compliment of mediums and I found the right partner for Gene Kelly in that of Billy Idol... (notice that there are 9 letters in each full name), Billy's "Dancing With Myself" seemed very appropriate to me, a single man dancing on the wet streets of London or New York by himself. Like most of my syncs I have what I call a center point and my ultimate goal is to edit the video or music as little as possible. I look for a major "wow moment" where both mediums connect into something more than just a random moment of coincidence and line them up in my video and backtrack from there. In the case of what I call "Dancing In The Rain" the center point comes near the beginning just as Gene opens his arms in that big Ta-da moment and as Billy Idol's song hits the 1st title chorus... "Dancing With Myself." A true 1-drop sync, no editing just that one start point, wind it up and watch it go! 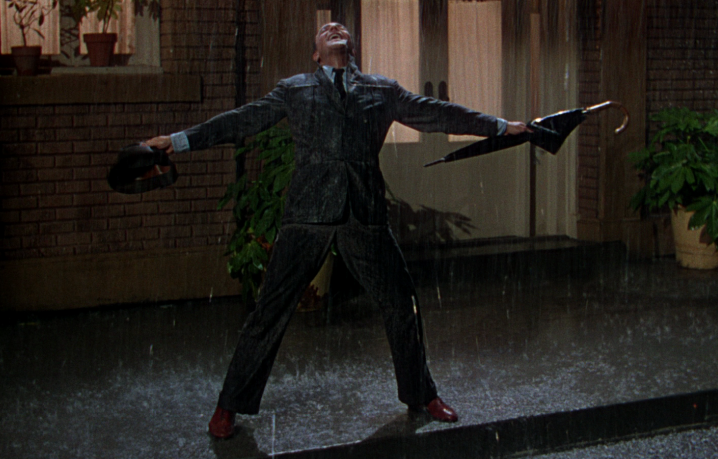 Other syncs are much more complex to make, juxtaposed subject matter or variations on subjects or music that people may all ready know that somehow now quite are not the same. In it's simplest form
it's a slight of hand trick, you distract the viewer with something they may not expect and make the change while they are unaware. This illusion sets up a relationship with the viewer who knows very well that this is not how the song or video go's... but since all the timing of the movements or dance seem to fit so well the illusion is supported. Vocal based syncs can be the most difficult because I have never been one to make it look like they are really saying the words through micro-editing, rather it is more important to me to have the strength of the music and the connection to the characters bridge that gap. The viewer knows full well that it's not real and since the video is typically made up from famous videos and remixes of original hits you've already have a wide demographic on your side. Demographics have a lot to do with it too, I try develop certain subjects for certain demographics like dance music, which leads me to my "Bollywood SYNC TV".  I re-event traditional story lines based on the nature of the Bollywood films and combine them with amazing new mash ups as soon as they are released from some of the top DJ Producers on the planet. These cultural videos mashed with Western dance music give me a whole new way to connect with a world wide audience, even now in India they are saying... "WTF?" 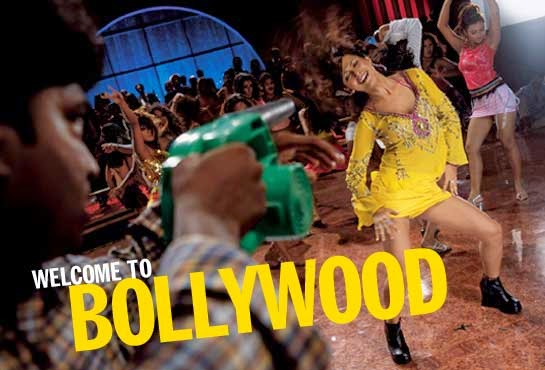 Things have changed quite a bit over the years in the practice of Syncing or video & audio editing, to be more specific kids there was a time when we rolled our VCR tape and set the needle in the groove to experiment with the wonders of multi-media art. Now my laptop holds 10 shows and I can edit them at any given moment. What used to take me sometimes hours to set up, even in my studio now only takes minutes. Terabytes store all of the videos I continue to collect, categorize and store while most of my music video syncing is now drawing from current mash ups of popular songs that I collect and down load from youtube. The reason for the use of these mash ups for me now is because of what we'll call the "youtube Filter Gods" who over see all of the incoming materials and notify you if you are using someone else's copy written piece of music. Mash ups confuse the hell out of the Filter Gods... they don't know which song they should call it... so it gets a thumbs up! In some cases I've found the mash ups better than the originals mainly because of the current state of technology and the ability to extract vocal tracks and alter rhythm and melody with out changing the pitch.

The combinations of materials are endless when you are looking at "all of the classic films" and "the greatest musical hits of all time" thrown into a big blender in my studio to see what comes out. This is where I use that other element in my process that I haven't talked to much about. My personal data base, not the ones here in the studio but the one in my head. It's stored and edited music references and feature films for years, when a band that I don't know plays, I think to myself, I'll mix them like this band or that band and I now days I cant sit and watch a Broadway film musical without wondering what I could match with it. When Bob Hope and Bing Crosby do a road show vaudeville bit I see it as an opportunity for some Beastie Boys. One can hope with all of the medical research that is being done in this field... or out in this field... that they can one day fine a cure.

For Examples go to:
http://www.viralmediaart.com/music-video-syncs.html
﻿
VMA DISCLAIMER
All
Music Video Syncs
are considered to be a demonstration in the art of synchronization in film and video.
These videos are promotional and not for sale or download. They are considered to
be a tribute or a parody of their source.