The Synchronicity Arkive was created by Mike Johnston, and first went online in 1995.
This is the story of how the site came to be, and what led to the present incarnation.

When I was in college, several friends and I had experimented with watching films while playing different music. A common choice for the music played were the albums of Pink Floyd. The very first match-up that I ever saw was the end of the movie 2001 with Pink Floyd's song "Echoes" (from the album Meddle). Actually films and music were both a big part of my college experience, along with philosophy, psychology, and communications theory. My adviser, Derek Bousé, was a big believer in getting involved in technology and connecting to the world.

When I first graduated college, one of the very first things I did was get an Internet account. Back in 1995, the Internet was still new to most people. In college, we'd had Bit Net (an early computer network) and by my senior year (1994-1995) got the full Internet. But I was still new to these technologies. With my first Internet account, I had access to a bit of space to create a web site, So the question became, what to use that space for?

One of the first things I did on the Internet actually was to check out User Net (the old newsgroup functionality). I joined a group, alt.music.pink-floyd and proceeded to jump into the conversations there. One of the topics that caught my eye was the discussion of the match between The Wizard Of Oz and Pink Floyd's Dark Side Of The Moon (or as it was also known DARK SIDE OF THE RAINBOW). So, the pieces were in place. I had run across an idea that I was actually interested in doing a web site on. And the Arkive was born. The first version was incredibly primitive. I actually wrote it on an Apple IIGS and was only able to see it in TEXT via browser lynx. But I kept revising it and after getting a "real" job and buying a PC, I was able to put out a version 2.0. 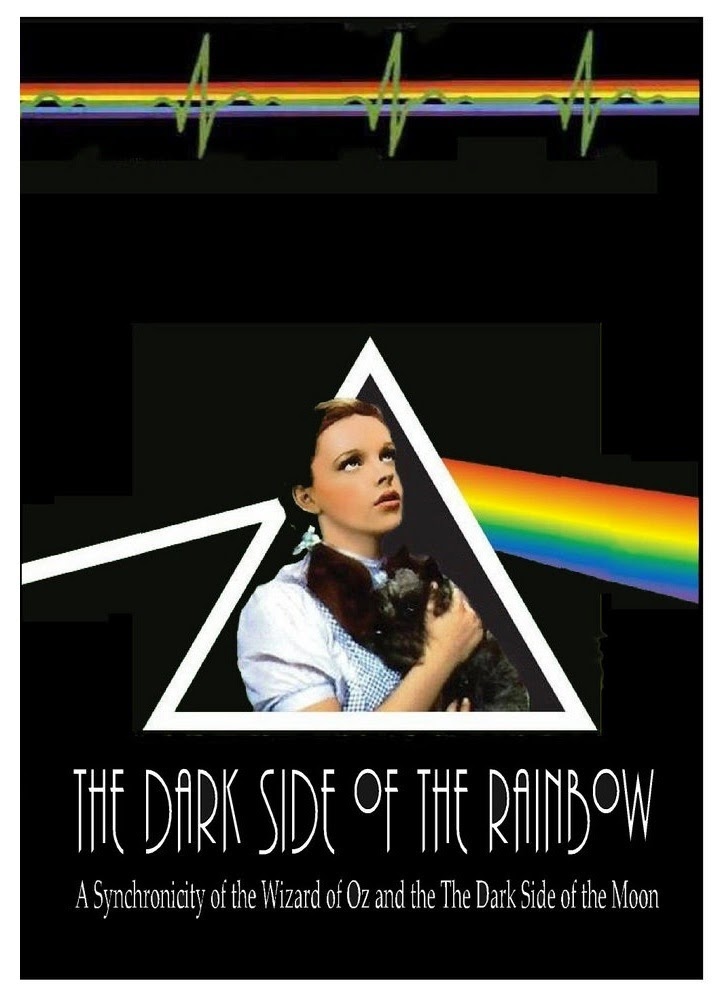 By 1997, I'd heard from a couple folks out on the internet about other matches. And there had been some other ideas put forward in alt.music.pink-floyd as well. So I expanded the Synchronicity Arkive to include those in a version 3.0.

About that same time, a Boston DJ named George Taylor Morris of WZLX-FM began talking about this strange match between The Wizard Of Oz and The Dark Side Of The Moon. That kicked off a firestorm of media attention to the phenomenon. I remember being at work and checking the Synchronicity Arkive during lunch. The hit counter I'd set up jumped by about 5000 during a page reload. At the time I seriously thought it was broken. And then I got an email from USA Today, wanting to me about Dark Side Of The Rainbow. They were the first but they weren't the last... I also heard from MTV. Since they had a crew that was going to be in Chicago for a concert (I think it was ), they wanted to swing by and shoot an interview.

On May 30, 1997, that interview ran on MTV News. "The Dark Side Of The Rainbow" was also featured in Entertainment Weekly, but although they ran the web address for the Synchronicity Arkive, they never did contact me.

As the traffic to the site grew, and it seemed that more people wanted to talk about this crazy synchronicity, I added a basic message board to the Arkive. And that was really the start of the larger synching community, beyond those of us who had sites devoted to this stuff.
Posted by The Professor at 10:21 PM