SYNCH HISTORY THRU THE MIND OF MERK - PART 2 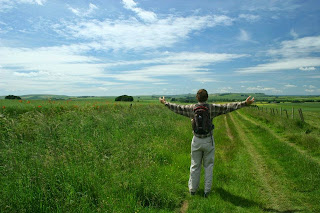 (2004-2005) Incredibly interesting information, and also amazing interactions between various synchers. I think there were about 11 regular posters, enough to make a solid yet diverse group. Karl, I wonder why you weren't there (?). We had: Mike Casey, Dave Bytor (limited appearances), Whytless Physh, Key, Taylor Cole, Virotti (group leader), Essse (a good "synching" friend of mine), Matt Gitlin, Dean "The Grump", maybe a couple of others. This forum morphed into b_hivia in Fall 2005, which then lost some members and added a few more. The basic division was between those that enjoyed talking about synchs in daily life and the world around us and those that enjoyed talking about a/v synchs, especially the technical aspects and sharing/feedback. I see the Synching Troop as the last grand forum for a/v synch speak. "O" had already corrupted the Sync Ark forum as I understand. I suppose this group was made private to hide from him, in part.

I'm very interested to hear other people's experiences with boards beyond the Sync Ark forum (which continued until 06-07? not sure). The old Film/Album Synchroncity Board (2000-2002) was a spin off of the latter, but had a life of its own as well. That was, by far, the busiest and longest lasting of the bunch, I personally view it as a gap filler during the heart of the "golden age", when energy was highest. But this "Synching Troop" starting up about 2 years later, obviously represents a type of last ditch effort at coming together and promoting the creation and propagation of a/v synchs.

Facebook interactions are really different. I know I go on about the old times being better, but there are certainly advantages to the new times as well. A number of us here have our on pockets of well established synching fun. Like Randy aka The Professor and his Viral Media Art site and his Dark Side of Oz yearly permutations. Like Jon and his past as a video editor and his present as a hard line syncher of old school styling. Like Karl, also an old schooler but in a different way and understanding the history of a/v synching built around the Sync Ark perhaps better than any of us, except me maybe -- and Mike J. himself (Sync Ark creator and leader). We have others but they aren't as vocal now: Dave B., Shawn H., Key, Michael A. MA and Randy have synch theaters (!) There was an older dude who had set up the same in Vancouver -- Turn Me On Dead Man was a handle as I recall.

What would we like to see moving forward? I'm not just talking about promotion and propagation of our own works but moving forward in a collective way, with commonly set goals? I'd like to see these pockets become better coordinated.


Now this talk of so-called manipulated synchs not being cosmic/true synching threw me admittedly. This was better understood in the past for certain. What do you want me to say to better explain this? I'll be willing to speak at length about the subject. Or if you tell me to make it quick I'll attempt to do that as well.

Just throwing out more food for thought that you can chew on or not.
Is it good I can write so much again?
Peace,
baker b.
Posted by The Professor at 8:22 PM