In mid 2014 I decided that it was time for me to pull out of the Chief Engineer / Production Manager position at The Mystic Theatre, it also meant that my DSOOZ class would now have to find a new venue hold our yearly "Dark Side of Oz" live screening. I felt as if the screening of the urban legend was beginning to out grow it's initial birth place and like a young child needing to escape the confines of it's parents... it needed a new experience and a new way to grow!

A road trip was in order or in this case a class field trip!

As I searched for a new classroom venue I soon realized that just like in "The Wizard of Oz" I didn't have to look any further than my own backyard. A new venue had opened down the street from The Mystic Theatre named "Zodiac's" and fortunately for all of us it was very open to artsy exploration and big on the local vibe, making it the perfect place to take my class on a field trip. 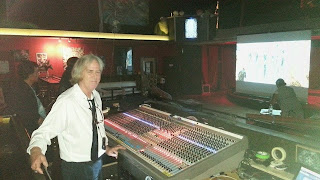 The date was secured and "as always" it was based on the actual release dates of "The Wizard of Oz," typically August 12th (Wisconsin) or the 15th (Hollywood) and 17th (New York City.) I chose these dates for two reason's, #1 it gave me an annual theme to work off of and #2, I could always claim that my screenings were tributes or at least a parody and avoid any legal ramifications that may arise due to copy right infringements. While I have you here, let's be perfectly clear:


Fair use:
Is a limitation and exception to the exclusive right granted by copyright law to the author of a creative work. In United States copyright law, fair use is a doctrine that permits limited use of copyrighted material without acquiring permission from the rights holders. Examples of fair use include commentary, search engines, criticism, parody, news reporting, research, teaching, library archiving and scholarship. It provides for the legal, unlicensed citation or incorporation of copyrighted material in another author's work under a four-factor balancing test. The term "fair use" originated in the United States.[1] A similar principle, fair dealing, exists in some other common law jurisdictions. Civil law jurisdictions have other limitations and exceptions to copyright. Fair use is one of the traditional safety valves intended to balance the public's interest in open access with the property interests of copyright holders.

As with every year, I needed a theme to base the screening off of, a starting point on the Red Brick road to Oz. Because it's always best to start at the beginning I didn't have to look to far from there to find my theme... Zodiac's... a planetary, astrological point of view... always a good way to begin a journey. The opening scenes to my features are always some of the most fun to construct, in this case I found an HD version of an animation voyage from earth that propels you well beyond our solar system to a distant black hole. I took that HD video and reversed it, so it appeared that you were leaving a swirling black hole and traveling across the solar system to arrive at earth. A nice video image and it worked well but I wanted to get more personal with it... I wanted the video to end with the arrival at Zodiac's! I found that if I used Google Earth and plotted Zodiac's address I could zero in on that location and come from a planetary position to arrive at our class room for the night.


Needless to say it's a fun way to start off any journey and always a great way
to capture the audiences attention right from the start... where will he go next?
https://www.facebook.com/zodiacspetaluma 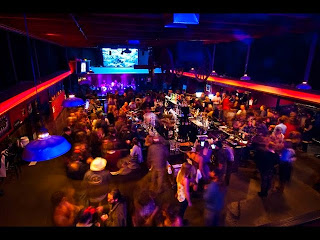 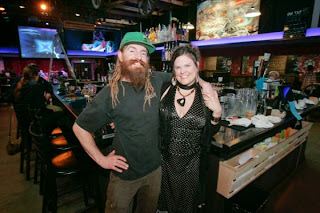 After the previous years "Dark Side of Oz - Reclaimed" which included the trial and the demise of Oz Osborn,  I decided to return to the best twin sister that "Dark Side of The Moon" has, Easy Star All Star's "Dub Side of the Moon." For those who are unaware the Easy Star production crew was well aware of the synchronistic connection to "The Wizard of Oz" and the urban legend that surrounds it, so when they made their reggae version of this Pink Floyd classic they followed the synchronistic timings perfectly. This symbiotic relationship allowed me to bridge the 2 worlds together and create a new larger whole, which I entitled "Dark Side Dub the Moon."

This new version also brought one of the strongest syncs in the reggae swap context... "The Rasta Lion." During the "The Wizard of Oz" segment in front of the doorway to Oz, the lion takes on a very
Jamaican appearance as he apparently recites the lyrics to money and the trio follow along crowning him the Rasta Lion King!

In all honesty I go to great lengths not to edit the master video and with the one exception of that Oz Osborn's public display for attention, I have never changed anything within the video itself. I will admit however to making one very important edit at the end of the witches castle chase where everyone is cornered by the witch. I move the beginning of "Dark Side of the Moon" forwards about 5 seconds to create the moment that begins to send us home. Just as Dorothy throws the pail of water that hits the Wicked Witch and liquidates her, we hear the beginning guitar chord strikes... the same as Melvyn in the beginning... full circle.


last note... the witches castle is the dark side of the moon... 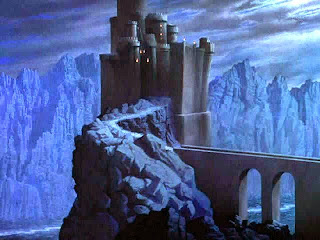 These stories consist of rough drafts that will be proof read and finalized
before being included in "Another Day Another Decibel"
www.ViralMediaArt.com
Posted by The Professor at 9:24 AM