LIVE SHOWS: Over 30 years of professional experience in the design, installation, and engineering of club and concert sound systems for nationally and internationally recognized performers, venues, and events throughout the United States and Canada; design and installation of intercom and music playback systems for commercial development projects.
STUDIO: The Sound Source, Owner/Operator of Sonoma County's first audio/digital production facility for music, film, and video. Extensive knowledge of current computer-based recording and digital editing systems for music, film, and video productions; radio and television systems for live broadcast and recording of performances on remote and venue stages.
OFFICE: Besides the personal business of running my own office, I have also had experience in front office shipping and receiving for "Crucial Audio," a local electronic musical repair shop, where I handled the daily customer service end with electronic repairs.

THE REDWOOD CAFE, COTATI, CALIFORNIA - 2017 TO 2019 / Live video recording & Broadcast Engineer. I developed my own audio/video broadcast system for multi-camera live production. WE staged 3 shows a week for nearly 2 years until the pandemic closed the bussiness down.
THE MYSTIC THEATRE, PETALUMA, CALIFORNIA - 2000 to 2016 / Production Manager & Chief Engineer Designed and installed with manufacturer, Apogee Sound International, performance systems for national and international touring acts. 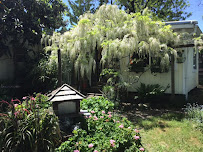 Viral Media Art is the parent company for all of my studio and live music video projects and hosts my weekly youtube broadcast show "Tiny House Live." Now in it's 8th broadcast season! Tiny House live is not only a live show on the Viral Media Art youtube channel, but a live broadcast facility as well. I bring talented friends & artists from all around the California North Bay to my 12x15' tiny home for intimate chats, live music and other things that you just can't explain. THL is presented live weekly on Wednesday evenings 8-9pm+ Pacific time. There is an entire world of music & videos on my VMA youtube channel, please enjoy and subscribe! I'm getting closer to monetizing my channel!
www.youtube.com/viralmediaart
STUDIO ENGINEERING EXPERIENCE:
- THE SOUND SOURCE 80's - 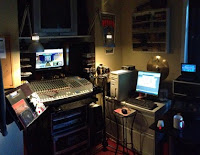 CREATED AND PRODUCED ANNUAL SCREENING SERIES: 2007 - 2018 of
"The Dark Side of Oz"
A full length video screening and show based on the urban legend as well as conducted
mock classes on the subject of synchronicity as his alter ego The Professor.
(The Mystic Theatre - Zodiacs - Aubergines)
"Tales From The Big Blue Chair" 1997-2000
An improvisational interactive self generating audience experience based on the concept
of a $5 cover charge or 5 minutes sitting in The Big Blue Chair. 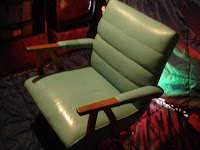 
Favorite Autobiographic Books:
"So you Want to be a Rock & Roll Star" - Jacob Slichter (Simi Sonic)
"Bill Graham Presents" -  by Bill and Robert Greenfield
"The Real Book of Frank Zappa" - by Frank and Peter Occhiogrosso
"All You Need is Ears" - by George Martin and Jeremy Hornsby
"The American Original" - by Walt Disney and Bob Thomas
"Saucerful of Secrets" - Pink Floyd and Nicholas Schaffner
"Miles" - Miles Davis and Quincy Troupe
"The Nerve Bible" - Laurie Anderson
"I Killed" - Ritch Shyder & Mark Schiff
Posted by The Professor at 10:32 AM