DAVID PETRI - My Musical History and it's Motivations

For many years, when asked about my musical accomplishments, it seems that I've always gone right to the "I'm not nostalgic" mode.  That really is the truth of the matter but I also realize that to revisit back-in-the-day events feels uncomfortable to me and I really can not say why.  But the title of my chapter sums it up best:  motivations have always been behind the songs, videos and performance presentations that make up my portfolio.  I have written hundreds of songs and have several large boxes of cassettes that contain rehearsals going back 40+years.  I have dozens of reels of tape; 2, 4, 8, and 16 track containing completed & unreleased songs as well as an endless number of songs that no one has ever heard.  I never feel the desire to archive old stuff and there is a reason.  I am still burning inside to document current songs and express how I feel NOW.  My musical eye is always looking to the future.


However, (and here I take a deep breath) when I was offered the opportunity to be part of this Ebook, I realized I was being offered a complicated "First" for me.  I could be part of a book.  Never have before!  Thus began the task of meditating until a motivation came over me that would inspire a focus for the chapter.  I quickly realized that presenting my publically-released catalog would be the subject matter but finding a common thread that embraced 10 presentations proved to be quite a challenge.


After endless hours of note-taking and thinking about my works, I realized there was one common point to everything I had ever released:  Naughtiness.  So, here we go... 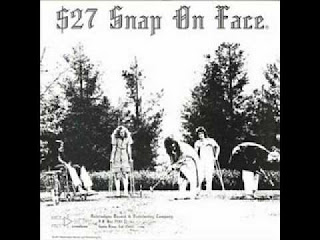 LET'S HAVE AN AFFAIR - 1977
#1-  My first record release was on October 27, 1975.  I wrote the lyrics & music to "Let's Have An Affair".  As lead singer and primary songwriter for Sonoma County-based $27 Snap On Face, I wanted to write a hit right off the bat and I think I did.  The song just celebrated it's 40th anniversary in 2015 and I did a special performance of the song to an unsuspecting public by performing the song, vocally and w/harmonica solo, to people passing by on a busy street.  The song has been the subject of several "tribute" videos and some of them can be seen on Youtube.  The song earned $27 it's only BMI royalty check.  (It remains un-cashed and is in my collection).  the song was debuted on a Sacramento television station during the band's appearance on the March of Dimes Telethon.  The solo on the song is me on a harmonica.  The purpose was to pay tribute to The Dave Clark Five.  As a kid, I remember played their song "Over and Over" endless times to learn the solo in it.  I can still play the solo exactly as recorded.  The last time I played the song was at the memorial for deceased drummer, Ron Ingalsbe.
#2-  1977 saw the release of the one and only album by $27 Snap On Face.  I wrote 4 of the 10 songs and co-wrote 2 others.  All the songs had a them of naughtiness.  "Mr. John" which featured no guitars; only accordions and keyboards, was about a frustrated serial killer in England.  He was in love with the Queen but, due to her not acknowledging him, he turned to murdering vodka whores.  The song "Two Timer" was written for a group of gay men from San Francisco who followed the band for about a year until they realized I would rather have sex with their sisters.  "I Guess I must Look the Type" contained more lyrical images of desire.  My other songs on that album (1,000 copies on blue vinyl) continued this trend.
﻿


#3-  1980 brought The Sonoma Soundtrack album; a benefit disc from radio station KVRE.  Proceeds went to The Sonoma County Junior Symphony and Preparatory Orchestra.  Approximately 120 songs were submitted for consideration on this 12-song album and I won a spot with "Give Me Another Round".  The song is a tribute to Sonoma County bars and I named a lot of them.  The "solo" is a blending of bar sounds; laughter, drink glass', dice cups, etc.  In addition to the obvious tribute to bars in the area, it was also my way of venting the many hours I'd spent in a bar looking at the pretty girls but never having the nerve to talk to them.  Lusting and losing...


#4-  "I'm Ready to Fight" was recorded in 1980 during the Iranian Hostage Crisis.  I played all the instruments.  It was a message of Patriotism and I sent a presentation of this song to President Jimmy Carter who send me a thank-you letter and autographed picture.  This record now resides in the Official White House Vinyl Collection.  While recording it, I thought about the brave soldier who returns from war to be greeted by a loving woman.  I wanted that kiss too.  This record was a 500 disc release and no copies were sold.

#5-  During 1981's "International Year of The Disabled Persons" global event, I released my most time-consuming musical production to date.  "Heavy Mental Music" was issued on 3000 green vinyl disc'.  Monies raised went to Becoming Independent.  The song broke a lot of musical ground.  All instruments were played by adults with disabilities.  My audio participation is hidden in the mix of both sides.  It took me 2 years of daily practice to get the drummer to play his part.  The song won many awards including recognition by President Ronald Reagan who referred to it in a telegram to me as a "musical message of Hope".  This song also resides in the Official White House Vinyl collection.  At the end of the song are the only lyrics; 2 dozen adults saying "I Love You" one after another.  I found that inspiring, naughty, very rock & roll and inspiring all at the same time.


#6-  1986 was the year I release my only official music video:  "Animal Clout"  I entered it to the television station KFTY for their 2nd Annual Video Awards competition, hosted by Afton Auld.  The song won for "Best Music Video" and featured dozen of animals singing the song.  The animalistic nature of the song was an R+ rating performance for me.


#7-  In 2000, I released "Sick Sense: a journey through Anguish".  During one of the most difficult periods of my life, I recorded 22 songs in an ice cold garage where I was living for a short time.  No heat, no bed, no furniture.  Just me and my tape recorder on a cold concrete floor.  Songs like "Miss Leash" (about flirtation), "Help is on the way" (first date anticipation) and "Take My Ring" (about the prospect of marital bliss) fueled me.  During this time, I did not feel worthy of any woman's attention so I wrote about what I could not have.  This compact disc, w/lyric sheet, sold fairly well until an incident with someone who bought it that caused me to recall the cd.

I composed a song called "Almost Over" that was my attempt to explain the torment I was feeling mentally and so I used conflicting musical patterns to explain my tension.  I based it upon the known bad side affects that strobe lights can have on people's nervous systems.  I got a letter one day from a lady who was listening to it in her car when that song came on.  For unknown reasons, the song made her have a seizure and she was forced to stop her car.  The seizure was so severe that she couldn't get the song to stop playing and was subjected to it for 15 minutes before she could stop the cd.  She told me she went through months of therapy.  I was devastated and immediately recalled as many of the cd's as possible.  I destroyed all copies except for one which resides in my files.  I will never re-release the disc.  I try to vent my naughtiness, desires and loneliness, I caused great harm to someone I have never met.


#8-  "I Love to Learn" was released in 2004.  It was a benefit for the California Public Library System.  One verse discussed my need to "stack wood"; a reference to having more sex.  No one caught the hidden meaning.  The song was sent to Governor Arnold Schwarzenegger who acknowledged it in a letter to me.  I had hope to do a video of the song but never did.  It raised some money to buy books and I got to hide another R+ in a song!


#9  "Tambourine Scars" was released in 2011 and is both an autobiographical story of the damage I did to my right wrist as a result of 30 years of rock & roll tambourine playing and a tribute to Mitch Ryder.  Great Sonoma County veteran rockers helped me record this song:  Paul Burke, drums.  Tom Miller, bass.  Mikie Kovach, Lead guitar.  Alan Watt, guitars.  I only released 100 copies on cd.  Again, not sold, just given away.  The song was debuted on Sonoma County radio station KSRH on it's "American Garage" radio program and it jammed the phone lines with callers.  The naughty part?...something about a devil with a blue dress..." 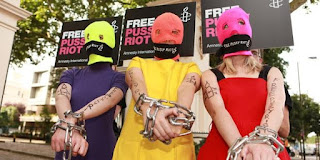 #10-  In late 2015, I released my first digital-only presentation:  "Buttons From Russia".  It is an open letter to Russian President Putin and denounces his treatment of the Russian female band, Pussy Riot.  It also denounces the music piracy industry that exists in Russia of stealing the music of artists from around the world and selling it in Russia without paying royalties.  My album by $27 Snap On Face has sold huge numbers of copies and I receive nothing; not even a free copy!  But BFR has received air play in Amsterdam, Berlin and Munich and is doing quite well in Europe.  It has charted at #1 on Reverbnation.  My first genuine #1 record.  I am grateful to Jim Cassero, guitars and co-producer, Robin Hildebrant, bass, and Ed Bale, drums. This song is my strongest recording and one that I am very proud of.  A video is in the planning stages.  And the naughty part?...that's easy to figure out!  Listen to the first sentence...


Well, I guess I can say that my greatest hope was not to be a lead singer of a band but rather a successful songwriter.  I think I have almost accomplished that.  I will always write.  I already have a full length album ready for release later in 2016.  Will I ever sing in front of a "live" audience again?  I don't know.  Will I write more songs?  Yes.  Will I ever release them?  Only if I get the naught right.

"LET'S HAVE AN AFFAIR"

Posted by The Professor at 9:18 AM